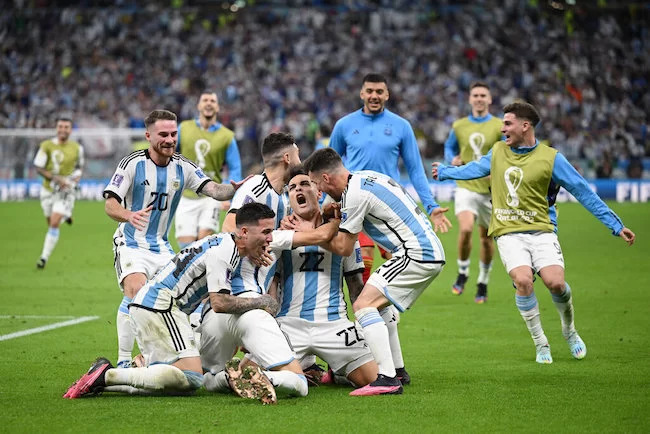 Gonzalo Montiel rolled in the deciding penalty to give Argentina their third World Cup and prevent. France becoming the first team in 60 years to retain the trophy.

But a truly remarkable game saw Messi and Mbappe both live up to their billing, with Messi scoring twice and Mbappe becoming the first player since England’s Geoff Hurst in 1966 to net a World Cup final hat-trick in a game that ended 3-3 after extra time.

Messi had opened the scoring from the penalty spot midway through the first half before Angel Di Maria doubled Argentina’s lead at the end of a brilliant counter-attack in the 36th minute.

But the astonishing Mbappe breathed life into the holders as he pulled one back from the penalty spot with 10 minutes to go before equalising in stunning fashion just 60 seconds later to force extra time.

Messi then seemed to have decided the contest in Argentina’s favour once and for all when he converted a rebound in the 109th minute, only for Mbappe to net from another spot-kick, bringing the game level at 3-3 and forcing a shoot-out.

The third World Cup final penalty shoot-out started with Messi and Mbappe both scoring, but Kingsley Coman’s next kick for France was saved and Aurelien Tchouameni then crucially missed the target.