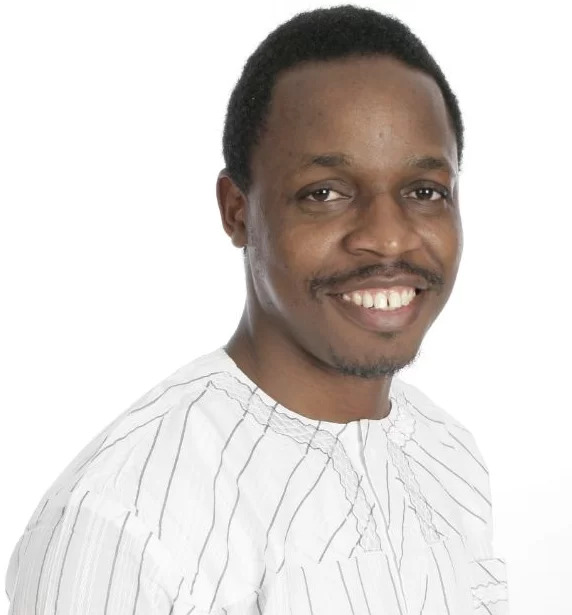 Perhaps, one of the greatest examples of how a geographical location has transcended the physical to become an ideology is the famous Wall Street in New York. This 8-block long street houses the New York Stock Exchange and almost all the biggest investment banks, insurance companies/ stock broking firms in the United States of America.

Wall Street is the financial nerve centre of New York, the United States and by extension, possibly, the world. Wall Street is now synonymous with the financial industry. It is a popular tourist destination boasting of iconic landmarks such as the raging bull sculpture by Arturo Di Modica unveiled in 1987 after the black Monday stock market crash, Trinity Church and the 9/11 memorial.

The Nigerian equivalent of Wall Street is undoubtedly Broad Street in Marina, Lagos. Broad Street is about 1.1km long and is arguably the financial nerve centre of Lagos and Nigeria.

Just like on Wall Street, every bank, and perhaps stockbroking firm, that is to be reckoned with has a huge edifice on or very close to Broad Street. There are also iconic places of worship (Churches) on Broad Street just like on its US counterpart. The Nigerian Exchange Group is located on Customs street, which is off Broad Street.

There is a general hospital, magistrate court, funeral service business, shopping mall and a bookshop on Broad Street. On a lighter note, you can literally be born, raised, married, divorced and buried all on Broad Street.

The roadside selling of everything you can imagine, constant honk of horns from tricycles and throng of people constantly heading to or from work is part of the architecture of the street. Just as young financial analysts, brokers, investment bankers in the United States hope to build a career on Wall Street, their Nigerian colleagues dream of working on or around Broad Street. I just hope the usual traffic along that axis does not wear them out first.

Unlike Wall Street, we do not have a sculpture of an animal that is world renowned on the street. This, however, does not mean we do not have our own version of symbolic representations of animal figures on Broad Street. Let’s talk about a few symbolic animals you can find on or around Broad Street.

Sloths are tree dwelling, slow moving animals that have been described as lazy. They treasure the safety of the trees/ foliage and never take a leap of faith to discover the joys that exist outside their comfort zone. They spend hours in one spot avoiding predators, conserving their energy but never making any meaningful progress.

These group of people remain very far off from Broad Street. They will rather live pay check to pay check and make no effort to attain financial independence. Everything on Broad Street is a scam to them. They might have gotten their fingers burnt in the past and view their scars as a reminder to never venture into the street anymore.

Unless this group of people wake up from their slumber, leave the seeming safety of the trees, learn about Broad Street and operate in it wisely, they will live and die in penury.

This is the group of people with the highest population on Broad Street. They are attracted to the bright lights and allure of making a quick buck in the financial market. They usually have only a superficial understanding of the mechanics that keep the cog wheels spinning in the financial district. Their mantra is to buy whatever is in vogue and sell it once they’ve made a profit or a loss.

Sheep are gullible. They tend to move in a herd and blindly follow whichever direction the foremost sheep threads even if it goes right over the edge of a cliff. They are satisfied with the safety of the herd and accept that being in the herd will guaranty average results. Being a mindless sheep is not fun. Trust me, I have been one.

Since nobody likes being called a pig, I will call this category chickens. Chickens are bought when they are only a day old. They are given warmth, food, water, protection from predators, housing, medications, vaccinations and round the clock attention. Life cannot be better!

They gain weight, grow white fluffy feathers and feel very loved. They make fun of the other free roaming animals with phrases such as “Have fun being poor”, “Hold on for dear life” (HODL) etc. Until one day they reach a critical weight and the farmer chops off their head, plucks off their feathers and they end up in a pot of soup. There is a popular saying on Wall Street – “Bulls make money, bears make money but pigs, sorry chickens, get slaughtered”.

Chickens are those that sit on the side lines of Broad Street and only rush in when the going is good. They enter the market when they see the sheep doing very well. They want a piece of the action but find themselves holding the bag after the dust settles. Don’t be a chicken that is fattened only for the slaughter.

They may bear a close resemblance to dogs who are man’s best friends but don’t be deceived, they are vicious and deadly. These creatures bare their fangs and claws at every opportunity they have. They have but one mission, draw you in with their smiles and docile looks, then draw blood by biting or maiming.

Wolves are self-serving. They roam Broad Street looking for gullible sheep and chickens to devour. They market questionable assets, get rich quick schemes and hold investment seminars which they charge an arm and a leg for. They will claim to give you actionable tips to make money but ask for a subscription fee or get rich off commissions they charge you for each trade. If you doubt me, watch the movie “Wolf of Wall Street”. They are well depicted in there.

It will serve you well to identify wolves in whatever shape or form they come. Any offer that sounds too good to be true is too good to be true. If it was that easy to make such lofty returns monthly as they claim, they’ll get a loan from the bank and not lobby you for capital. Not everyone that claims to be an expert is an expert. Be warned.

Many African fables tell of the wisdom of the tortoise. He always finds a way to get the best out of every situation for himself to the detriment of others. These people know when to strike and when to withdraw. They think they know but really, they may have just been lucky.

They feel so wise that they act as expert market timers. Buying at the bottom, selling at the top and staying off Broad Street when the market hits a lull. They forget that in most of those fables, the tortoise may outsmart everyone and win the battle. He almost always losses the war in the long run.

These people may look like regular sheep but they are far from being regular. They acknowledge that there is wisdom and safety in the herd but they also know that the collective can be foolish some times. Rather than blindly follow the herd, they assess every situation and make their own choices. They are happy to step away from the herd when it is speeding off a cliff and regroup once calmer heads prevail.

Regular sheep will run after companies that have gone up by 200% in the hope that the meteoric rise continues. Contrarians see the folly in this line of thought. They know that standing alone makes one vulnerable to predators but it can save them from standard stupidity when it runs rife in the crowd.

I advise that you reflect on your investing practice. What role do you play on Broad Street? Which symbolic animal best describes you? It is not too late to change if you’re a wolf, chicken, sheep or tortoise. Learning the time tested and proven ways to transact business profitably on Broad Street will save you a lot of pain.

PS: I forgot. The last group of persons on Broad Street are those who will read this article and think they are better than all I have described. I am yet to make up my mind on what symbolic animal describes this group best. Maybe Peacocks. You’ll do well to remember that an African proverb says, “Peacocks have too little in their heads and too much in their tails”.

Dr Ajibola Awolowo can be reached via this email: [email protected]