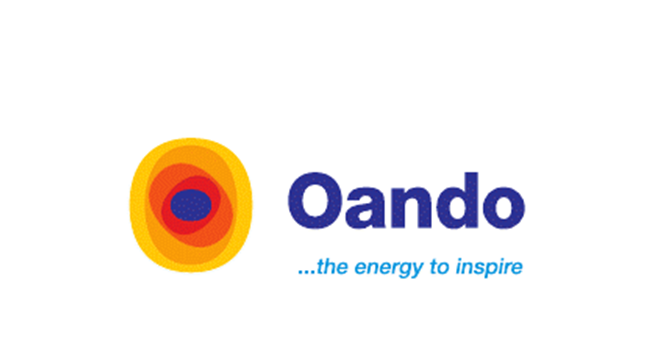 Oando Plc has notified the Nigerian Exchange and the investing public with an update on the delay in the release of its Audited Financial Statements.
In a statement available on the website of the Nigerian Exchange, Oando Plc stated thus:
“Reference is made to the Press Release of the Company dated December 7, 2020, at which the Company informed its esteemed stakeholders of the reasons behind its inability to meet its various NSE Filing of Accounts obligations, namely:

As communicated in the above-mentioned Press Release, the delays with the above filings was as a result of the then indefinite suspension of the Company’s 2018 Annual General Meeting (AGM) by the Securities and Exchange Commission (“SEC”) on June 10, 2019. This prevented the Company from being able to appoint Auditors to commence the audit of the Company’s 2019 account as the procedure in law is that the Company in General Meeting must approve the Auditors annually prior to the commencement of an audit.
The suspension of the Company’s AGM was eventually lifted on 15 July 2021 and the Company held its 2018 AGM on August 31, 2021. At the said AGM the shareholders of the Company approved the re-appointment of Ernst and Young as its External Auditors for the purpose of auditing the Company’s 2019 AFS and the External Auditors proceeded immediately with the said audit.
While sincerely apologizing for any inconveniences caused, we would like to assure the public that we are working tirelessly with our external auditors to ensure that the 2019 AFS is expeditiously finalized in accordance with the full requirements of the International Financial Reporting Standards (“IFRS”) and anticipate that we should be in the position to file the said financials before the end of Q1 2022. Once the 2019 AFS is filed the Q1 – Q4 2020 UFS can then be filed.
As regards the outstanding 2020 AFS and the UFS for Q1-Q4 2021, the Company will hold its 2019 AGM as soon as possible after it has filed its 2019 AFS and it is anticipated that this should take place no later than the end of April 2022. At the 2019 AGM, the Company will propose to shareholders that Auditors be appointed for the purpose of conducting the audit for the years ended 31 December 2020 and 31 December 2021. We anticipate that the audit of the 2020 AFS should not exceed a 90-day period as most of the subsequent material transactions which may impact on the 2020 AFS, would have already been considered by the auditors for the purpose of the 2019 audit, as required under IFRS. Once the 2020 AFS is finalized and filing is made in Q3 2022, the Company can also proceed to file the outstanding UFS for Q1-Q4 2021 in the same quarter.
As soon as the 2020 AFS has been approved and filed by the Company, the Auditors can immediately proceed with the Audit of the 2021 AFS without needing to wait for an AGM to be called to authorize their appointment since their appointment at the 2019 AGM was to audit both the 2020 and 2021 AFS. The Company expects that the 2021 Audit will take no more than 90 days to conclude and should be in a position to file the 2021 AFS before the end of Q4 2022. Again, the Company would after filing its 2021 AFS, immediately proceed to file its UFS for Q1 – Q3 2022.
Irrespective of the unfortunate delays, which are for reasons clearly beyond our control, we are confident that the Company will be in full compliance with its regulatory requirements regarding its Annual Financial Statements and Unaudited Financial Statements by the end of December 2022.
We thank our esteemed stakeholders for their patience and support thus far and will keep the market abreast of any further developments in this matter”.