UAC completes unbundling of 649,392,661 UPDC REIT units to its shareholders 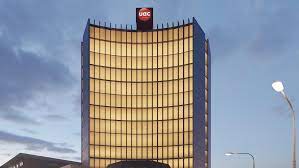 UAC completes unbundling of 649,392,661 UPDC REIT units to its shareholders

UAC has announced the completion of the unbundling of the Company’s 649,392,661 UPDC REIT units to the shareholders of UAC, effective November 11 2021. Qualifying UAC shareholders have been credited with UPDC REIT units in accordance with the terms of the Scheme of Arrangement.

The Scheme was effected by the transfer of the units held by UAC to eligible shareholders based on the application of an allocation ratio of 0.2254, determined by dividing the Scheme units by UAC’s total issued shares. Fractions that resulted from the application of the allocation ratio were rounded up to one whole unit, and UAC purchased 96,421 additional UPDC REIT units to ensure that each shareholder received at least one unit after the rounding up exercise.

With completion of the Scheme having been achieved, UAC no longer owns any UPDC REIT units.

At the Court-Ordered meeting of UAC of Nigeria Plc held virtually on September 20 2021 in respect of the proposed unbundling of the Company’s 649,392,661 units in UPDC Real Estate Investment Trust (UPDC REIT), the Scheme Document, including the scheme of arrangement between the Company and the holders of the ordinary shares of the Company, pursuant to Section 715 of CAMA, incorporating a reduction of share capital under Section 131 of CAMA, set out on pages 16 to 19 of the Scheme Document, dated 15th July 2021 in its original form or with, or subject to, such modification, addition or condition agreed between the Company and the shareholders and/or as approved or imposed by the Court, was approved.

In turn, on October 22, 2021 in the Lagos Judicial Division of the Federal High Court, further to the petition of the Company dated October 15 2021, the Scheme was sanctioned.